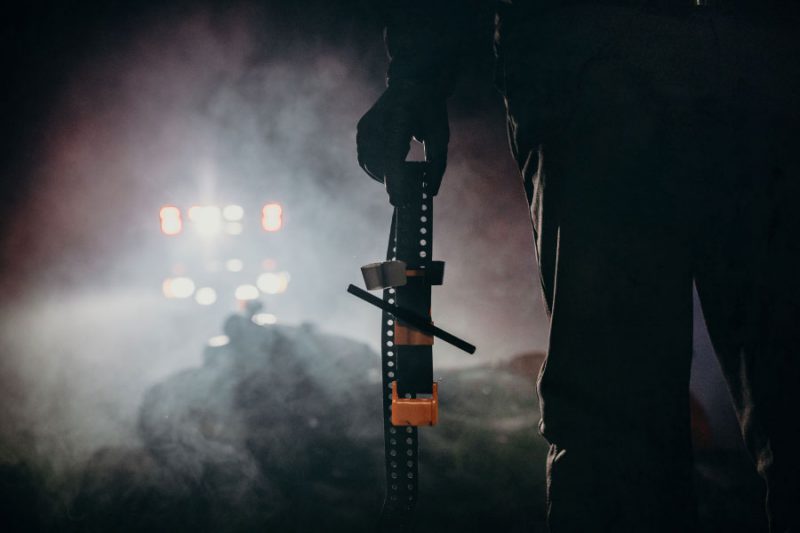 In dangerous or operatively difficult situations, the tourniquet goes high and tight on the clothing, in the lower limb avoids putting it on the iliac crest, it must go under the inguinal ligament.

A well-placed tourniquet in a PAINFUL patient, keep tightening until the bleeding stops, if it fails, apply a second proximal tourniquet, pack the wound + bandage if possible.  In due course we will treat the pain, but first the HEMORRHAGE.

Psychological support is vital, ALWAYS talk to the victim.  If you are nervous, imagine she is bleeding (Humanity first). Do not place the tourniquet on joints.

A tourniquet can be applied in anatomical areas of 2 bones (forearm and leg). The current evidence is clear that it works.
The initial halon is key, 80% of the work of the tourniquet is done by the halon and optimal adjustment, 20% is completed by the windlass or rod.  Much of the failure of turnstiles is from NOT tightening them properly before turning the turnstile.

In a safe scene or controlled environment, the tourniquet goes from 5 to 7 cm from the wound, directly on the skin. The failure rate of improvising tourniquets is close to 80%.  Do not leave your life in the hands of urban myths and improvisation.  Saving a life is an act of preparation and vigilance (always ready).

Avoid placing the tourniquet just above the knee as you will get the Hunter Channel that will make it difficult to compress the femoral artery correctly and effectively. To say in the middle of 2020 that tourniquets are dangerous and are not used is to go against 14 years of solid modern medical evidence, abandon the myths and update yourself.  Current guides such as ATLS, TCCC, TECC, PHTLS, among others recommend it.

If the first tourniquet fails, you can put another one right next to the other Face to Face or as some say Kiss to Kiss. If you are going to reposition the tourniquet out of danger (be careful with this) you can do it by placing a new tourniquet first 5 to 7 cm from the wound avoiding joints and once placed you loosen the first tourniquet little by little and verifying that it is not  The bleeding reappears (if it appears, tighten again and do not release more), if bleeding does not appear, leave the first tourniquet loose but STOP in an emergency.

The reconversion of the tourniquet can be tested out of danger by another method such as a bandage but the same rule applies as point 11, first carry out the reconversion with for example a compression bandage, after it is ready slowly loosen the tourniquet  and if bleeding does not appear, leave it loose but leave it as security before the bleeding reappears. 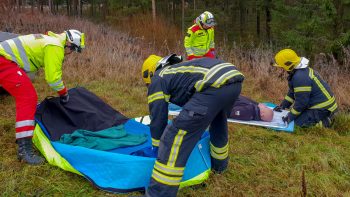 It is well supported that patients who continue to suffer from shock (or hypoperfusion) are at increased risk of morbidity and mortality attributable to hypothermia, coagulopathy, and acidosis. These three… 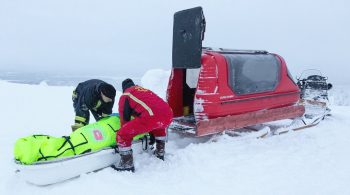 Hypothermia – The forgotten killer of the trauma patient

Why is it so important? Remember that the diamond of death in trauma is acidosis, coagulopathy, hypocalcemia, and HYPOTHERMIA. These 4 factors will lead our patient to certain death if… 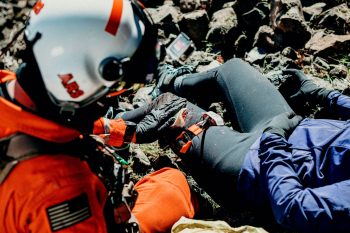 Packaging of hemorrhages is a critical skill in trauma care where every second and every drop of blood counts. The use of hemostats based on chitosan or kaolin is increasing… 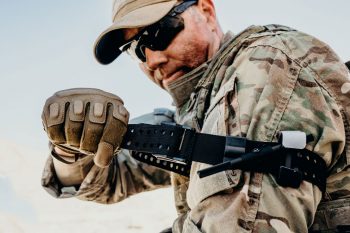 ”Improvising tourniquets is the best” – Their failure rate is between 80% and 90% although sometimes they are the only option, try not to get there. ”Tourniquets are dangerous because…